When I first came to Michigan, I was overwhelmed by the amount of clubs and organizations on campus.  There were too many to choose from: so many new things to try and new paths to take.  Ultimately, I ended up joining a fraternity.  I am now part of an organization with a bunch of kids who are just like me.  We did the same things in high school, dress and talk similarly, have similar values, do the same things for fun, and even have similar academic interests.  My pledge brothers and I are taking part in the same traditions that each pledge class has before us for years on end.  As I spend more and more time around these people, doing the same things as them, I naturally conform, making myself part of a homogenous group.

John Stuart Mill in On Liberty stresses the importance of individuality, claiming that it is beneficial to the individual and society as a whole. Mill strongly advocates for experimenting with different lifestyles, no matter how absurd, strange, or crazy they may seem.  He claims that “freedom, and variety of situations” is actually

Base jumping, an “experiment of living”

necessary for human improvement as we learn from the mistakes of these “experiments of living” gone wrong, allowing us to make better decisions in the future.  Mill believes that if we did not show our individuality, we would not progress as a 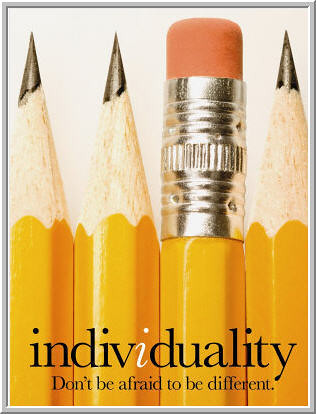 species.  This leads me to believe that Mill would reject greek life, claiming that its conformist nature robs people of their individuality and inhibits the improvement of society.  However, in this case he might be wrong: as restricting as being part of greek life may be, there are many benefits.

Being in a fraternity (and greek life in general) is less about giving up your individuality than it is about becoming a part of a whole.  You sacrifice a small part of yourself in order to become part of a closely knit web of thousands of students and alumni who together all have the same mission: to produce productive members of society and better our communities in the process.  For one, members of greek of life have shown higher engagement in their jobs and a higher sense of well-being.  Additionally, statistics show that 85% percent of fortune 500 executives were in greek life, all but two (in each office) Presidents and Vice-Presidents were in fraternities since the founding of the first social fraternity in 1825, the greek system is the largest network of volunteers un the U.S., greeks raise over 7 million dollars per year, greeks are more likely have higher GPA’s, and more.  The list goes on and on.

In her article Examining the Benefits of Greek Life, Nicole Glass discusses how stereotypes of partying and hazing cast a shadow on greek life, hiding all of its benefits.  She discusses how being a part of greek life gives you social skills that are essential to succeeding in the real world.  She explains how being a part of greek life improves ones interpersonal and leadership skills, since being in a sorority or fraternity is really like running a business.

While I may be giving up some of my individuality, I will reap the benefits of being a part of greek life.  I have numerous leadership opportunities and a network of brothers who are committed to helping each other and helping our communities.  In my first few months in joining greek life I have already gained ample social skills and was part of a fundraiser that raised almost 60,000 dollars for cancer research.  Yes, I will admit that individuality is an absolute necessity for the expression of our liberty and does help society as we learn from our mistakes.  However, in this case, Mill, I think I have you beat.  The benefits of being part of greek life far outweigh the small sacrifice of individuality.  Additionally, the primary purpose of having different experiments of living is to learn from our mistakes so that we make better decisions in the future.  Maybe, this is the better way.